When remodeling a kitchen, most people think of ways to upgrade their kitchen to have features that were not accessible to their use prior. Perhaps they think about adding smart home appliances to the kitchen. Something similar to the Thermador CIT365KB Masterpiece Series. But, have you ever thought about the appliances that did not have all the special features? The ones that had to be handmade and crafted? Read below for fun facts about appliances throughout the years!

That in ancient time, civilizations from Egypt, Rome, and Israel used stone and brick ovens to prepare foods, like bread. This design is not far off from the brick style oven used today to prepare delicious pizza. Interested in your own pizza oven check out Kalamazoo AFPO-C. 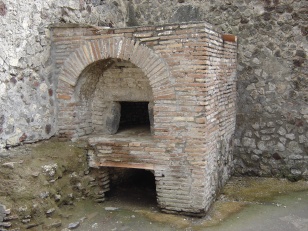 Having just fire and wood heat up their foods became very difficult due to the inability to control the temperature. During Colonial America, through the hard work of the women using the ovens, they were able to help modify the temperature by monitoring the ratio of wood and ash. They would check the heat by placing their hands into the now beehive-shaped brick oven and then opening the door to allow the air to decrease the temperature. Lucky for us, we have the Kitchenaid KSEG950ESS, Miele HR1421E208V, or the Samsung NX58H9500WS. 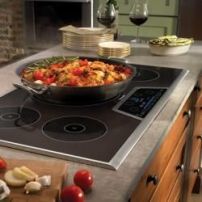 Progressing into 1795, cast irons have already been around because of the efficiency of sourcing the heat to a single destination but in different locations. Instead of using the oven to cook one meal at a time, now there was the option to use the same source of fire to multiple locations to prepare multiple meals. Think of the appliances that have multiple means of cooking like the Viking VDR7488BCBLP Professional 7 Series, Miele HR1956DFGDLP M-Touch Series, or the Dacor DOP48M96DLM Modernist.

England was recorded as being the first to use gas for cooking in 1802. However, it took over three decades to be released for commercial use. Now we have gas stoves from multiple brands that can be found here. Browse through the brand options and admire how much technology has developed.

Do you know more fun facts about home appliances in history? Share them on our Facebook page! There you can even enter yourself into our February Giveaway for a Sealy Queen Mattress or Enter in for your chance to win a memory foam pillow for our President Pillow Promotion!

Either way, you can be a winner! Click here for a shortcut.

In an age when appliance/electronic stores and on-line buying websites seem to sprout up overnight and then just as quickly disappear, Plesser’s has been in business since 1919. Founded in 1919 by Sam Plesser, one of America’s oldest appliance stores is still going strong, while scores of competitors have gone out of business. Current owners, Marc Howard & Al Howard, third generation appliance men, follow the credo Sam Plesser established back in the beginning of the century, "Treat the customer with respect and offer them the best prices, products and support available.” The Plesser's management, sales and customer support teams are proud to carry on the tradition of "old-fashioned service and customer satisfaction. Though their concept of complete customer satisfaction may be old fashioned, their expertise of the ever-changing appliance/electronic industry is anything but. Keeping abreast of the latest innovations, Plesser’s carries the most technologically advanced products from all major manufacturers. In addition to the huge assortment of kitchen appliances, Plesser’s is at the forefront in offering the latest in BBQ’s, Air Conditioners and state-of-the-art Electronics. Plesser’s is a member of the Inter-County nationwide appliance co-op. With more than 500 stores throughout the country, their combined 9 billion dollars in nationwide sales allows them to beat any price you may receive from the so-called super stores, chain stores, department stores or any on-line retailer. Five fully stocked centrally located warehouses affords you the opportunity for quick delivery. Plesser’s is always striving to ensure their customers continue to enjoy their shopping experience both in the showroom and on-line. View all posts by Plessers

Plesser's Appliance is both an online and retail appliance store. We have two showrooms on Long Island, New York conveniently located in Babylon Village and Southampton, NY. We ship nationwide.

Stay up to date by visiting our Facebook page!

Stay up to date by visiting our Facebook page!